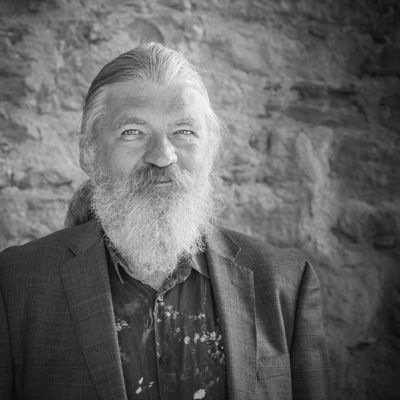 Affiliation Department of Biological and Environmental Sciences, University of Gothenburg

I am a professor in molecular plant taxonomy at the University of Gothenburg. I received my PhD in 1995, and my thesis dealt with molecular phylogenetics and taxonomy of Sileneae, both at the tribal level, and more detailed account account on the section Sedoidae (where I discovered a new, tetraploid species), with main distribution in Greece. DNA sequencing was pretty novel to the area at that time, but my supervisor Magnus Lidén, the postdoc Torsten Axberg, and the lab technician Vivian Aldén introduced me to the ins and outs of DNA extraction, PCR, and “manual” Sanger sequencing. I early became interested in the problem of species delimitation, and was happy to be around when phylogenetics was developed and debated at large in the community of systematists and evolutionary biologists. After my PhD, I was employed to purchase equipment for “automated” sequencing for a short period, after which I went to Uppsala University to join Birgitta Bremer’s group. I stayed there for about a year, and learned a lot about of the phylogenetic positions of plants that had previously been classified in the Loganiaceae. That lead to an increased interest in the Lamiales, and in particular the fate of the heterogenous group of plants that had been classified in the Scrophulariaceae.

I then entered an assistant professor position at the University of Stockholm, where I developed my interests from Uppsala. In particular, I became interested in developing protocols for getting more nuclear data for the phylogenetic analyses.This led me to several visits to the University of Washington, Seattle, USA, where Benjamin D. Hall’s group was exploring nuclear RNA polymerase genes for phylogenetics. With Birgitta Bremer, I had already been using one of them, RPB2, and discovered that there were two copies in some plants. I further explored this with the Hall group, and could show that the RPB2 gene was duplicated somewhere early in eudicot history, but also that it has been lost in several lineages. At the University of Washington I was also lucky to collaborate with Richard Olmstead, one of the pioneers of plant molecular systematics and a great Lamiales expert. In 1998, I got a permanent associate professorship at Uppsala University, which enabled me to finish the projects I had started, but also to build a research group of my own. I was happy to supervise a group of very good students (e.g., Magnus Popp, Per Erixon, Anja Rautenberg, Bozo Frajman, Frida Eggens) and being part of a large and vibrant environment of senior systematists (Birgitta and Kåre Bremer, Mats Thulin, Leif Tibell, Fredrik Ronquist, Ulf Jondelius) and their students at the newly founded Evolutionary Biology Centre.

During the years, I have been happy to collaborate with excellent mathematician’s and computational scientists (e.g., Tom Britton, Steve Farris, Pablo Goloboff, Katharina Huber, Vincent Moulton, Serik Sagitov, Graham Jones) and some of their students to develop concepts and methods for some of my main interests, i.e., phylogenetic support, species delimitations, and polyploid phylogenetics. I became a professor at the University of Gothenburg in 2007, and this where I still am, and I have been happy to be part of a very active and vibrant group to explore the rapid developments in biotechnology and computer science to further scratch the limits of our science, and at the same time being able to focus more of my main biological interest, which is the taxonomy of Sileneae. It is a lot of fun!