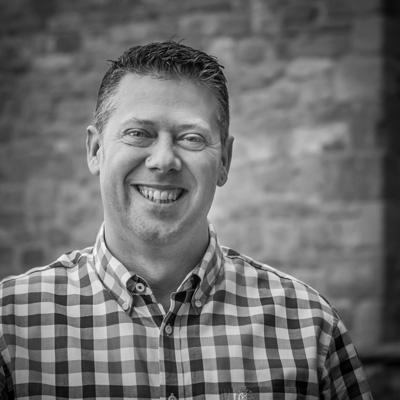 Dr. Panagiotis Madesis was born in Thessaloniki on 1971. He studied at the Faculty of Agriculture at the Aristotle University of Thessaloniki (AUTH). He pursued graduate studies in the laboratory of Genetics and Plant Breeding of the Faculty of Agricultural Sciences, AUTH where he did his doctoral dissertation. The last year of his doctoral thesis, he moved to the University of Manchester, Laboratory of Plant Science with emphasis on the genetic manipulation of the chloroplast genome. Dr. Madesis has carried out his studies as a Marie Curie Fellow at the University of Manchester.  At the same lab in Manchester he was given a postdoctoral position in 2004. Since October 2008 he has been Researcher in the Institute of Applied Biosciences Greece. He teaches protein expression systems in the Master course in the Agricultural University of Athens and food biotechnology in the the Agricultural school in AUTH. He is adjunct professor since 2015 at the Chiang Mai University Thailand. His scientific interests focus on Plant Breeding through conventional and biotechnological methods. He is working on the development of stress tolerant plants. Moreover, he is very interested in developing plant systems for the production of high added value product. In addition, Dr. Madesis is working on plant genotyping and biodiversity assessment through species identification, these studies have allowed him to develop a novel methodology for plant species identification, including the important designation of origin products (PDO) “Fava Santorinis”, Prespes beans, or species identification in commercial products like Feta cheese, olive oil etc and also the traceability and detection of possible fraud in commercial products. For this activity, in 2013 was bestowed a distinction by the Ministry of Rural Development and the President of the Hellenic Republic. He is an expert in the field of food fraud detection and identification and adulteration detection. He has authored or co-authored more than 110 scientific papers, 10 book chapters with a total of more than 1300 citations. He has also been invited as a keynote speaker at many national and international workshops and conferences.  He is a member of the a) Marie Curie Fellows Association (MCFA), b) the Greek Society of Biological Sciences, c) the Geotechnical Chamber of Greece, d) the Greek Scientific Society of Plant Breeding where from 2012 he serves as member of the Board. He also holds the position of treasurer of the Association of researchers at CERTH.