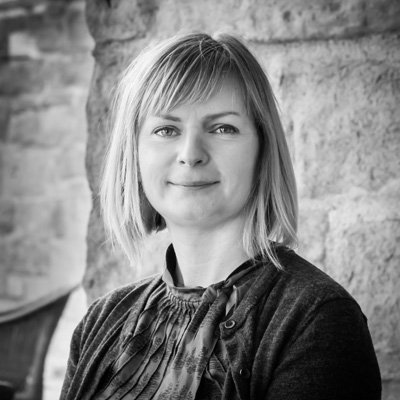 After gaining an honours degree in Sociology and Cultural Studies in Manchester, UK Sarah began her career in intelligence for Greater Manchester Police, as an intelligence officer where she was based within Specialist Operational Unit; such as the Air Support and Tactical Command Units. She later moved into an analytical role where she was professionally trained as a criminal intelligence analyst, working at the Force Intelligence Bureau, on force-wide issues such as criminal damage, burglary and drugs at a tactical as well as at a strategic level before finally being deployed to the Counter-Terrorism Unit where she worked on several live operations.

After working at the operational level on serious and organised crime for eight years she decided to move into a crime specialism. Sarah relocated to Scotland and worked as the criminal intelligence analyst at the UK Wildlife Crime Unit where she worked on national wildlife crime issues such as badger baiting and raptor poisoning for four years. It was during this time that her interest in international wildlife crime led to a role with TRAFFIC based in Kuala Lumpur, Malaysia. During her four years with TRAFFIC she gained a great deal of experience of intrinsic wildlife trade issues and subsequently published several reports focusing on such entrenched problems. In 2016, she moved to the Wildlife Justice Commission where she now heads the Intelligence Unit in her capacity as the Senior Investigations Manager, supporting the Investigations Team to provide timely operational intelligence products.

The illegal trade in threatened species persists, and many aspects of the Plant.ID project are seeking to find working solutions to address this issue. Sarah is keen for illegal wildlife trade to be examined from a criminal perspective and is working to highlight the need for this issue to be treated as a serious, transnational crime. To pursue this, the Intelligence Unit analyses information on illegal trade at a regional and global level, so that source – transit – destination countries are examined together as part of the criminal supply chain. Sarah’s experience working within this field and the data being collected at the Wildlife Justice Commission is hoped to add a different dimension to the Plant.ID project.