ESR11: Is mutational meltdown a threat to the mega diverse genus Begonia? 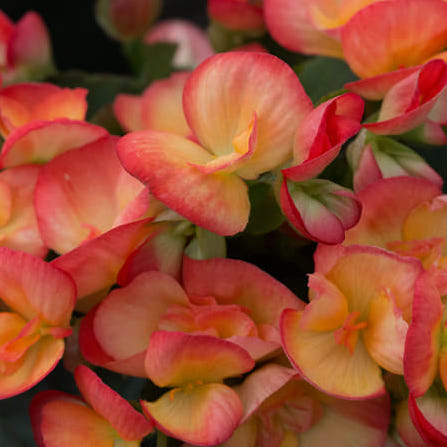 My project is to set-up a tool to assess the health of plant populations and determine if they are genetically unstable, and therefore vulnerable. I am working with Begonia, a genus of plants that is very important to study regarding the appearance of new species. Unfortunately, a lot of Begonia species are already extinct, mostly due to human activity. With the tools I am developing, it will be possible to investigate the genome of 300 year-old specimens and living plants, to compare the genetic changes in the population, and to determine if they have to be protected.

Worldwide herbaria contain millions of specimens collected over the past 400 years. Accessing the genetic information in these specimens has been problematic due to the poor quality of DNA in dried and aged plant material. Recently, we have shown that targeted capture provides a reliable means to recover hundreds of kilobases of sequence from specimens with even very low amounts of degraded DNA. This sequence can be used for identification, phylogenetics, population genetics and for functional studies. This project will develop this technique to provide information on the genetic health of populations. Begonia is one of the five largest angiosperms genera. It is found throughout the tropics in low land montane forests. It is also the basis of an important horticultural industry. One of the explanations for the specious nature of Begonia is the typically small, endemic populations. These are particularly vulnerable to extinction through loss of habitat but also through mutational meltdown. We have developed a set of hybrid baits for Begonia and this project will use these baits to capture sequence from herbarium specimens, including type specimens of widespread, local and very local (single site) species. We will confirm the identification of the specimens and determine the level of heterozygosity in each specimen as a measure of genetic health. Specimens collected over long time periods (initial nineteenth century collections and recent re-collections) will be compared to assess how the health of the populations has changed over time.

Objective: Determine the utility of herbarium specimens for assessing the genetic health of species.

Michel, T. 2021. The Victorian parlour plant and the survival of the unfit. Given at the Plant ID Seminar Series Molecular identification of plants for science and society, Series 1:  Biodiversity time travels: The use of historical plant genomes in biodiversity research (hosted by NHM, UiO, Oslo, Norway). 25 February 2021.

>
Projects > ESR11: Is mutational meltdown a threat to the mega diverse genus Begonia?