ESR14: Species, a taxonomic category distinct from the lineage concept 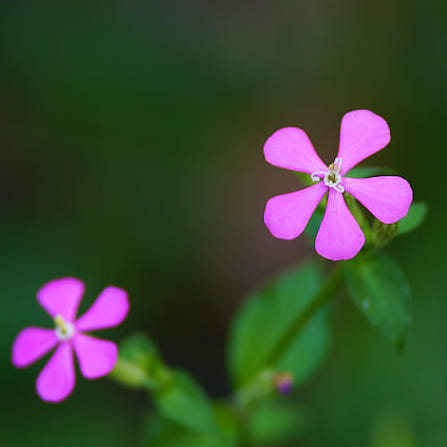 How many plant species are there in the world? Why are some plant species found almost everywhere in the world while others only grow in specific areas? Plant experts regularly assist with identifying, naming, and grouping plants for future ease of reference. But do you ever wonder, what are the underlying theoretical concepts and framework these plant experts actually employ to identify and define the boundaries between what they refer to as a single (or different) species? This project uses a combination of innovative molecular technologies and mathematical models to identify plants, and determines the most appropriate way to define species boundaries within the genus Silene in Southern Africa. What are humans doing to benefit from the global abundance and diversity of plants? The indigenous people of South Africa are able to channel their dreams towards communication and gaining insight from their ancestors by drinking an elixir made from plants called “the African dream root” during a full moon. This project also studies the chemicals present in “the African dream root” (Silene undulata), and tests whether they can be used for other medicinal purposes. Furthermore, environmental data is used to address the long-standing question of why some plant species grow almost everywhere while others are only restricted to certain areas.

Despite its alleged fundamental role in biology, the concept of "species" is surrounded by much confusion. In biological nomenclature, species is a categorical rank among others, but with some special properties like binomials. Reproductive isolation from other species is often regarded as a fundamental property of biological species, but is not a formal requirement for the nomenclatural category. With the advent of genome-wide sequencing and bioinformatic developments scientists are now able to view empirical data in relation to a well-defined model of species. The multi-species coalescent is such a model, in which "species" constitute the branches of the phylogenies. By contrast, "species" in the more traditional sense, used to put names on organisms, is simply a rank among others in the nomenclatural hierarchy used to name taxa. Phylogenetic trees are in contemporary systematics frequently used to name such taxa, which then correspond to clades of arbitrary inclusiveness.

Objective: In this project, the impact of using a species-as-clade concept from a species-as-branch concept in various applications will be investigated. Special emphasis will be put on a group of the flowering plant genus Silene occurring in Southern Africa, where some have taxa been defined being critically endangered, whereas others are widespread. In addition, empirical data that may come from other projects in the Plant.ID network will be analyzed. Emphasis will be put on consequences of the various meanings of the word species to conservation and society.

Moiloa N, 2020. On The Phylogenetic Position And Biogeographic Origins Of Southern African Silene At: University of Gothenburg. Gothenburg, Sweden. June 2020.

Ntwai takes us on a virtual tour of medicinal plants